Introduce yourself to us and other members here, or share your own product reviews, suggestions, and tips and tricks of using QNAP products.
Post Reply
13 posts • Page 1 of 1

EDIT: Sorry everyone, here is a correction. We currently do not have a plan to update the 77 tower series. 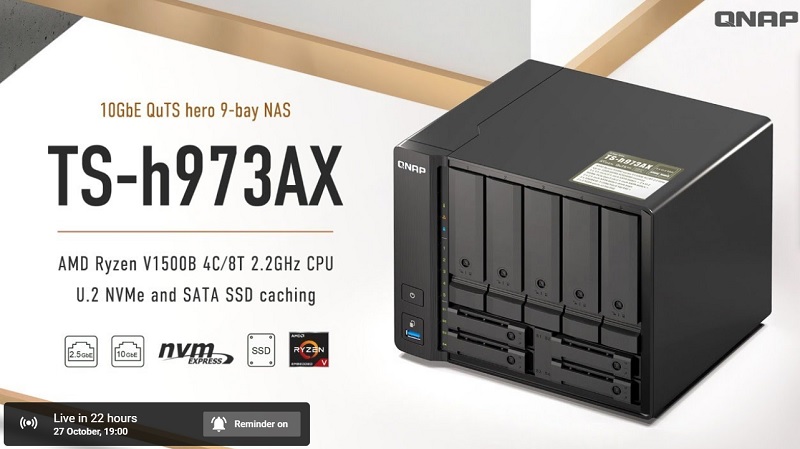 
lower power consumption makes it more ideal for a 24/7 media server. and it has many threads

this chasis doesn't seem like it has the led screen which i am grateful for (since it tells me the status of the nas as it boots up, so i know immediately what is wrong). But i can probably live without it. The important parts are the cpu among other things.

once again, my head is exploding with all the new model numbers. It looks like everything is going to be "re invented" with QuTS Hero, including all the expanders.

the model numbers are all over the place

very confusing ... anyways ... as long as specs can be googled .. we shall survive
Top

https://www.youtube.com/watch?v=oRuuKxDtXGE
You do not have the required permissions to view the files attached to this post.
looking for a potential Qnap Nas....... hunt is on
Top

we have a thread already

that said, i probably should have posted into presales. i got there first but g10ra posted in the correct sub forum

* combined both topics and left a shadow topic link in Presales *

for 2.5gbe use this. if got 10gbe switches etc, use that instead

seems like this model has both 10gbe and 2.5gbe ports. also this model supports 8-32gb ram although i'm not sure if ECC is supported. With ZFS, more ram the better.


10gbe test result for it 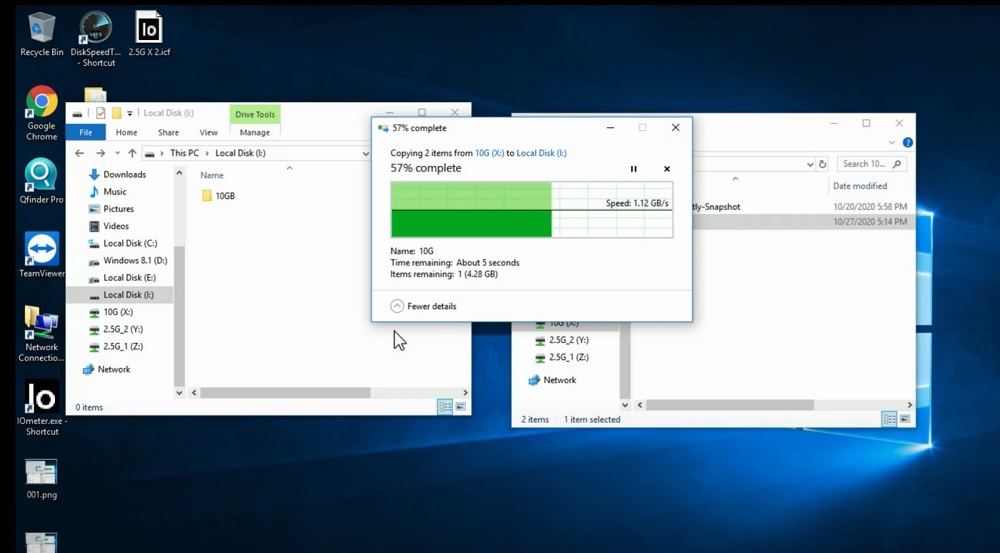 in the video they also mention you can use either quts hero (zfs linux) or qts (linux ext4 etc...). Guess they will be maintaining firmware for these 2 in parralel for now

Multiple people have been asking when we will have a new Tower NAS with a Ryzen CPU. We are going to release one. I expect this to offer a very good ratio of price to performance and it also should be the most powerful QNAP NAS to fit so small a form factor.

The CPU is a lower end Ryzen, but still a Ryzen. 4 Core 8 thread Zen1 SoC. What this means is that even though it has 73 in the part number, it is significantly more powerful than the TSx73 series. In going from, x73 to 73A with a Ryzen, there is about a 50% IPC improvement, and we gain hyperthreading. Clockrate is very slightly better but no turbo boost. So with all that considered, I expect this to be around twice the CPU power as the x73 series.

That should make this unit great for running lots of apps and containers and 1 or 2 VMs if someone wants a small home lab.

One thing I do want to touch on is why we went with a zen1 SoC. While there are more powerful Ryzen CPUs available, SoCs (System on Chip) allow more to be put on the chip than just the CPU and that allows for a small size of the whole system, more power efficiency, and in most cases, lower cost.

If you consider that this NAS fits 9 bays into such a small form factor, and it is the most powerful CPU we have fit into such a form factor, you might see some of the advantages. The price is not yet announced. But I also expect our choice for SoC to allow us to offer a better ratio of price to performance than with previous Ryzen models. So while some of the people asking for a new Ryzen NAS might have been thinking of an 8 or 12 core Ryzen, many others might appreciate how affordable this SoC Ryzen turns out to be and how little space it takes up wherever you put it.

For those who want something more powerful than this, the TVS-h1288X should be a good option.

i'm not a fan of the arm models for nas, no matter how low powered they are. but something like this new model seems much better. any benchmarks to compare between the 2?

initially there were questions by users whether they would intro a newer desktop ryzen nas, seeing as for a while now, all we had been seeing were rack models. and the fact that the ts-x77 got eol'ed essentially. So people were wondering, and at the time the answer was something like nothing planned. So people got worried. But glad this was not the case

For a 24/7 media server, you need to take into account the annual cost for running this. So this is where this new ryzen model helps

i don't have this model so i can't try it out on plex how well it would perform, which is one usage case i am curious how well this performs vs say an Intel celeron model
https://energyusecalculator.com/electri ... mputer.htm


Anyway do we know the price for this particular model?

Let's see what it comes up with for cost. I just setup a TS-473 for about $100/bay but the original x73 are not very power efficient even though it is slightly faster than the newest celeron based units which consume less than half the power the x73 does. I expect these ryzen 1 to be much more power efficient and likely tickle older i3 units (x82 i3) in terms of performance.